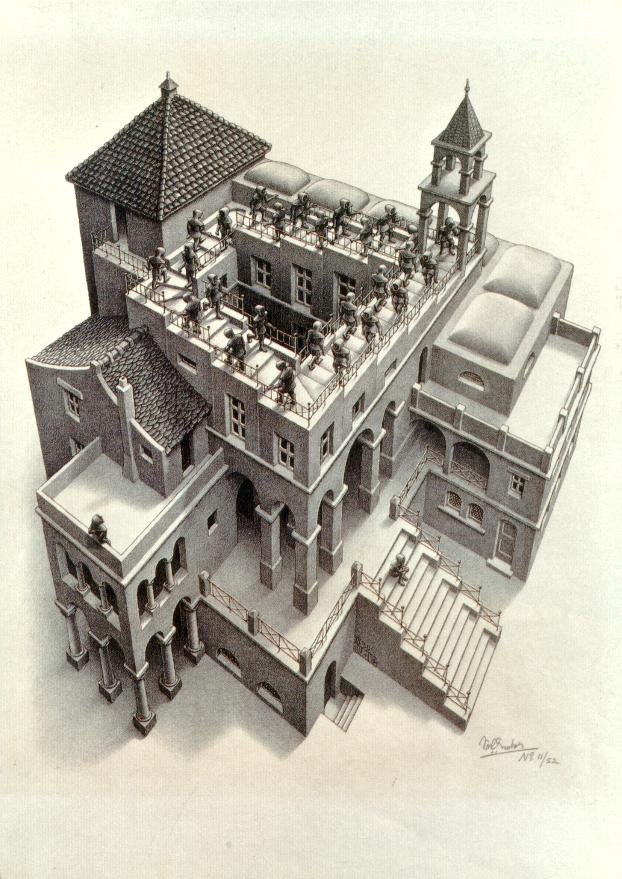 The Penrose Stairs, also dubbed the “Impossible Staircase”, is an impossible object created by Lionel Penrose and his son Roger Penrose.

The Penroses noted that “each part of the structure is acceptable as representing a flight of steps, but the connexions are such that the picture, as a whole, is inconsistent : the steps continually descend in a clockwise direction.”

The “Impossible Staircase” is thus a two-dimensional depiction of a staircase having four 90-degree turns as they ascend or descend, yet forming a continuous loop. This means that a person could climb or descend them forever, without getting anywhere.

As our brains focus on each different region individually, each separate region makes sense. However, taken together, the different regions create an illusion of an “impossible” situation because it cannot exist in three dimensions or in real life.

While the concept of relative proportions is usually used by artists to create the illusion of depth in two-dimensional art, M.C.Escher, a Dutch graphic artist, used conflicting proportions in his work to create a visual paradox of a “never-ending” staircase in his famous lithography “Ascending and Descending” (“Klimmen en Dalen”), below.